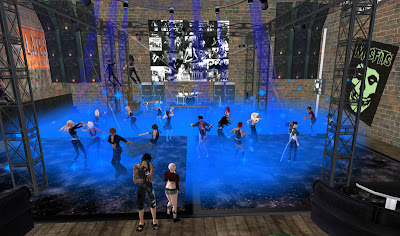 the "rock-N-fashion" impromptu event turned out to be a "sim-crashing-smashing" success!!! we had a nice crowd and danced with some of SL's nicest people, some designers, models, and fashion & music lovers.

so a great turn out for "caffeine au go-go's" first "official event"... we've had some private little gatherings that have been a blast... and the club is quickly turning into a fun place to hang, jump on stage and "rock out", play games and overall just hang out while listening to the musical journey dj "shane hornet" will take you on... rock with a punk edge, mixed with martini music, don ho and funky tunes from soul music, you'll never know what you'll hear, but you'll dig it... 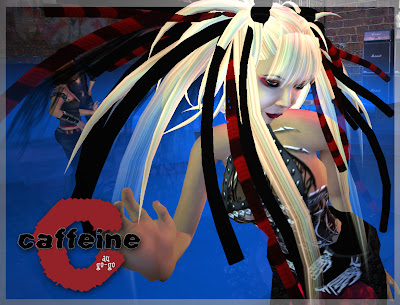 more on our offical grand opening soon, and the next "rock-N-fashion" event!!!

before our little gathering, there was an offical Leather and Lace ball held at the underwater club on the pontiac motorati sim... the party went from 6pm until midnight and though i only stayed for one set, i heard the event rocked!!! i had a blast

here's a few pics... i love the modded slcc custom dj booth that was created for the event... shane took the 7-8pm slot...
(lizbeth ladybird, club owner, shane and me) rockin and dancing on the cool dj booth! 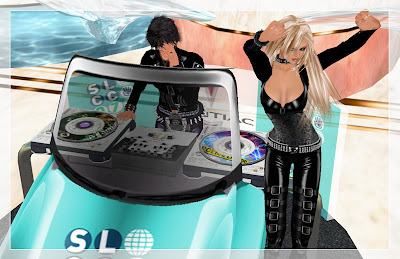 so anyway, it was a great night, and fun to have people on the sim listening to the feed from slcc, as well as hunt for those great magic mushrooms!!!