wow what a weekend!!!


first off... was aspires good vs. evil show and party which was a LOT of fun, i got to wear a mash up of leather, lace, metal, and i was on the "good" team" this is a pretty wide shot of the finale, it was awesome to see everyone in the audience in costumes too... and people had a blast

later that night... the "monster mash" party was a spookie and smashing hit... the costumes people arrived in were amazing, we all had a blast dancing to the amazing set of music put together by shane hornet, some great "spookie songs" with lots of great additions of sound effects and horror clips and stuff... if you haven't had the opportunity of hearing how shane can add his own spin to music, you're missing out!!! a great time was had by all, and here's one photo of us doing the zombie dance!!! 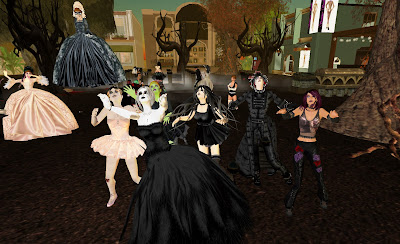 the icing on the cake was the aspire "pink ball" fundraiser for breast cancer... i can't even put into words the amazing spirit, fun, energy and excitement of the afternoon... over 220,000L were raised in just a little over 2 hours!!!

i made a one of a kind gown that a lucky girl is gonna get, 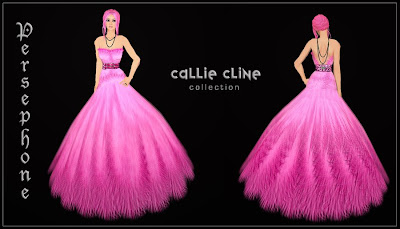 here's a photo with the gentleman who won it for 24K!!! 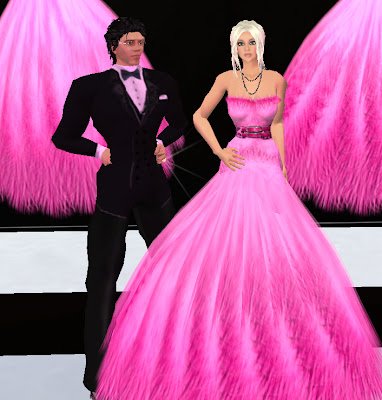 then i parted with one of my 3 custom pink pontiac solstices, and here's a photo of me with the lucky winner!!! she paid 32K for it!!! i hope she loves it as much as i do!!! i'm keeping one, and hanging on to another to donate one day... 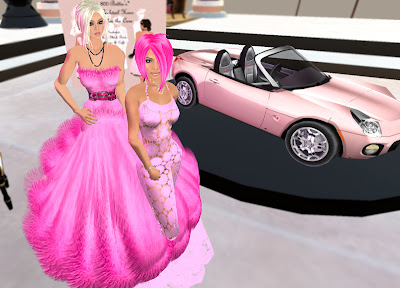 the pink ball was just overwhelming, i think at the end we were all in tears due to the generosity of so many, we had a blast outbidding each other and really, giving could NOT have been more fun...

with various designers, agency and mag owners, and models, it was fabulous to see the unity and encouraging spirit w/o all that catty crap that we in the design industry have a rep for... this was just a fantastic display of what can be done when we work "with" each other... and to top it off

an anonymous donor today matched what was dontated in USD, bringing the total given to the foundation to 774x774= (looks for calculator) $1548!!!!

read more and see more photos on the aspire blog...