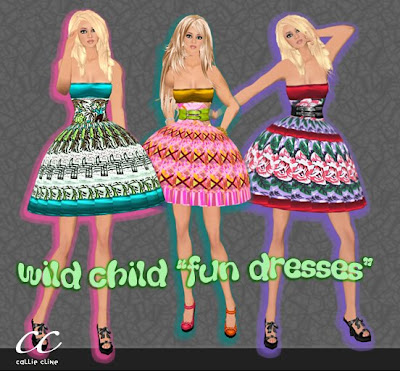 new for spring and summer some "fun-in-the-sun" dresses. sorta wiLd and bright... and "fun"....

they come in 10 different patters and look great with fat belts... each dress comes with a "chunky bracelet" and the tops on the shirt and undershit layer and the skirts are snappy and flirty!

at my main shop in caLLiefornia (top of my pics)

p.s. the "modeL of the month" winners were chosen and were announced. will be announced on the blog soon!
Posted by caLLie cLine at 4:13:00 PM 3 comments

I was asked by the kind folks at KaDeWe to do their final fashion show and even though I had plans on how my "first solo show" would be, I decided to say yes because I have enjoyed the shows they've done so far and so many of my "caL gaLs" (my group) and girls from the ms. universe pageant, and other models who are so awesome were doing these shows! I took some pics too that I will post when I can find them!

I only had 4 days to put together the outfits, so there was some old and some new and some mods... but in the end I'm really happy to have been asked.

Fortunate did a great job putting it all together, and the models were so great as well as the DJ, and the crowd was really great too.

This is the video they made of the show for those of you who've asked to see it! 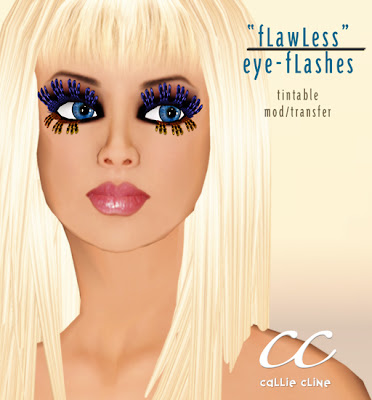 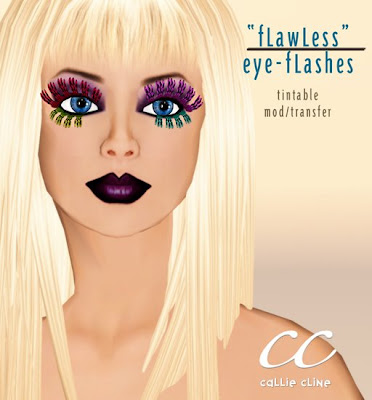 caLLie has made more wild and fashionable "eyefLashes" here are the 2 newest ones... there are 4 sets in all. tintable and fun, they REALLY look amazing and add a great "fLash" to really any outfit.

i've been loving mine and people are too! i LOVE that i can make them any color i want.

they're at the caLLie cLine main store in caLLiefornia on the right of the shop when you walk in!

caLLie has been working hard on various projects, and her group's "friendship week" has been an AWESOME experience for her and for the "caL gaL" group.

due to many requests from her customers to get past day's gifts, and due to the instability on the grid prohibiting log ins for many, caLLie will be putting out today's gift, as planned, then a surprise gift on tuesday to end a great week!

this has been such a fun way to celebrate friendships, and caLLie and the "gaLs" have had a blast. a few of the days had special meanings, one of which was "international women's day".

the gifts included, clothing, jewelry, a special "caL gaL" ONLY skin from La Sylphide, (which is amazing!) and there's more!

group members were also given a heads-up on caLLie's new "model of the month" search in which the selected model will appear in a double spread ad in "best of SL" magazine! EVERYONE is invited to participate in this model search. the kiosk is in the caLLie cLine mainstore in caLLiefornia. 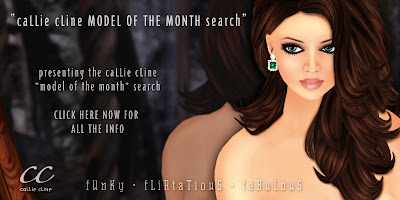 have a great week everyone! clothing fair is just a few days away, lots of exciting stuff coming up!


*posted by Elle Allison for caLLie.
Posted by caLLie cLine at 3:13:00 PM 1 comments 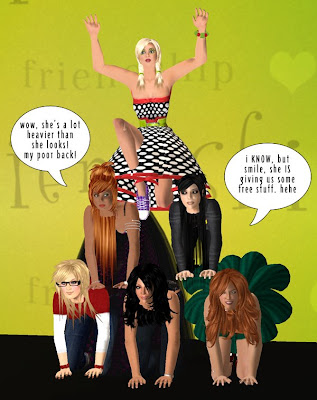 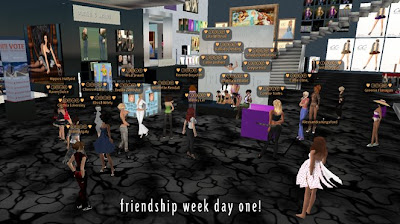 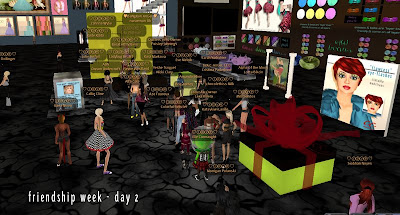 my group and i have been celebrating FRIENDSHIP WEEK since monday! it's been a great 2 days so far...

we have all made GREAT friends in SL, and this is a way for me to show my thanks and to encourage you all to celebrate your friendships!!

EVERY DAY THERE IS A NEW FREE GIFT IN MY SHOP. TO GET THE FREE GIFT YOU MUST JOIN "CAL GAL" AND WEAR YOUR GROUP TAG WHEN YOU CLICK ON THE BOX MARKED "FRIENDSHIP"

day one's gift was: A st. tropez signature collection swimsuit and hat
day two's gift was: a "fun in the sun" dress with a "fat belt" and matching bracelet
today's gift is an ADORABLE spring dress by Kiana Dulce with a matching fat belt and bracelet...

other gifts will include... an AMAZING skin, and other stuff!!!!

HI... my group is celebrating "friendship week" this week which will include 'international women's day" on the 8th. basically, they can invite a friend to the group and each day there will be a FREE GIFT out in the shop. the "caL gaL" tag must be worn to get the free gift.

the gift for day one was a "st. tropez" swimsuit with sun hat, and some fun little freebies... we had a blast... the script wasn't working right at first so all they were getting was a beer and they seemed very happy!!! silly girls! each day this week there will be a new gift INCLUDING a fantastic skin by stephanie misfit, and other great stuff all week...

so if you're not a "caL gaL" feel free to sign up as we celebrate "friendship week" this week... also, there's a place to take photos... for a photo contest later this week!

introducing... fLawLess "eye fLashes"... the first 2 in some cool feather lashes... for when you wanna look really weird or cool or "high fashion", hahhahaha... or whatever! tintable too!!! pretty easy to fit and adjust! 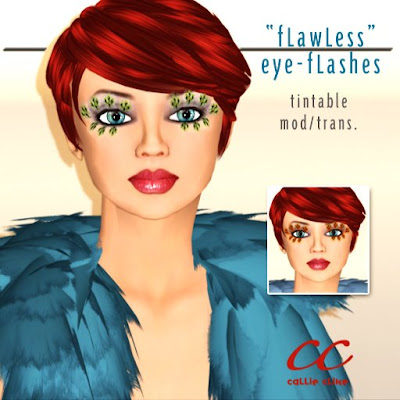 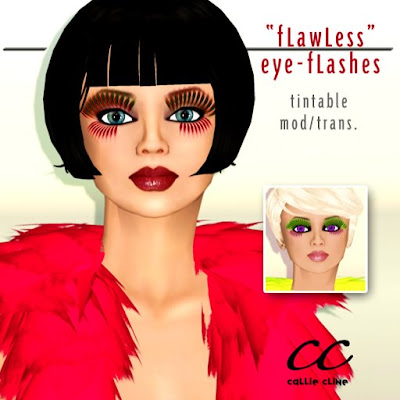